For some women, having children is a step that doesn’t require a lot of planning at the conception stage. However, for many women wishing to conceive and wanting a bit more control over how they get pregnant, opting for IVF, or in vitro fertilization, is a helpful option. During IVF, a woman’s egg is removed from the body and combined with sperm in a more deliberate and scientific way, resulting in a higher likelihood of conception for many women who have had trouble getting pregnant due to a variety of issues. If you’re considering IVF and want to know if the process is right for you, here are a just few reasons why so many parents decide to pursue IVF.

One of the reasons many parents choose IVF is due to a male partner’s low sperm count. If a couple has been trying to conceive for a while and both have been tested for potential complications, a sperm count can be a helpful way to figure out why conception has been out of reach. The lower the sperm count in a male partner, the smaller the chance the egg has of being fertilized during each ovulation period. With IVF, the sperm and egg are removed from the unpredictable climate of the body and put into a much more controlled environment, where the sperm will have an easier time finding and latching onto the egg, resulting in a higher chance of pregnancy.

When a woman is trying to conceive, being able to pinpoint the ovulation cycle becomes extremely important for a successful pregnancy. For women who have a more irregular cycle, or experience problems with their fallopian tubes or ovulation in general, depending upon ovulation cycles to get pregnant can be much more challenging. Even the presence of cysts on the ovaries can lead to complications with unexplained fertility. IVF works by removing ovulation from the equation entirely. Instead, doctors wait until a woman’s eggs have matured and extract them for storage, taking a bit of the guesswork out of the situation.

For women who have undergone a sterilization surgery, also known as tubal ligation, only two options are available to the create the potential for pregnancy. One process is reverse tubal ligation, in which the fallopian tubes are “untied” to recreate the possibility of regular ovulation. The other is IVF. With IVF, a reversal process isn’t necessary. A woman is able to have her eggs extracted without having to undergo a painful procedure to undo sterilization. This is especially helpful for women who are looking to conceive without having to get rid of their chosen form of birth control.

Endometriosis is a common concern that over 200,000 women face each year in the United States. When a woman is inflicted with endometriosis, the tissue that is supposed to make up her uterine lining ends up forming outside the uterus. While endometriosis is common and the resulting menstrual pain can be treated easily, it does present a problem for women who are trying to get pregnant. What IVF does is allow women affected by this condition to find a means to conceive outside of the traditional route. In the past, women with endometriosis were considered infertile. Today, we have another way of bringing about successful pregnancy through bypassing the uterus altogether. By allowing a woman’s eggs to be removed from her body for conception, IVF not only boosts the chances of pregnancy but creates an alternate path that doesn’t involve the uterus.

When a woman’s health is compromised, through harsh treatments like chemotherapy or other processes that negatively affect fertility, IVF presents a helpful option. Eggs can be removed from the body before treatment so that nothing will be affected. IVF is also a helpful option for couples who are wary of passing on harmful genes to their children. By using anonymous eggs or donor eggs from a loved one, children conceived through IVF can avoid inheriting certain genetic diseases or traits. Some parents opt for IVF to avoid the high possibility of a child contracting a specific illness or mutation from single-gene defects, such as Tay-Sachs disease or cystic fibrosis. IVF is also a great option for women pursuing single motherhood, or for same-sex partners looking to conceive. For partners looking to have children without a male partner, IVF offers a safe path to pregnancy through the use of anonymous sperm. For many couples, this presents a less emotionally and legally complicated option. 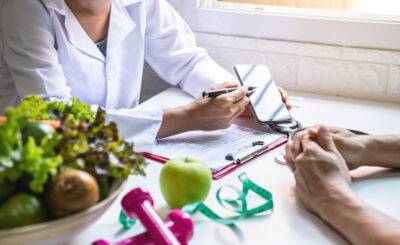